It Has A Name, Not Cancer 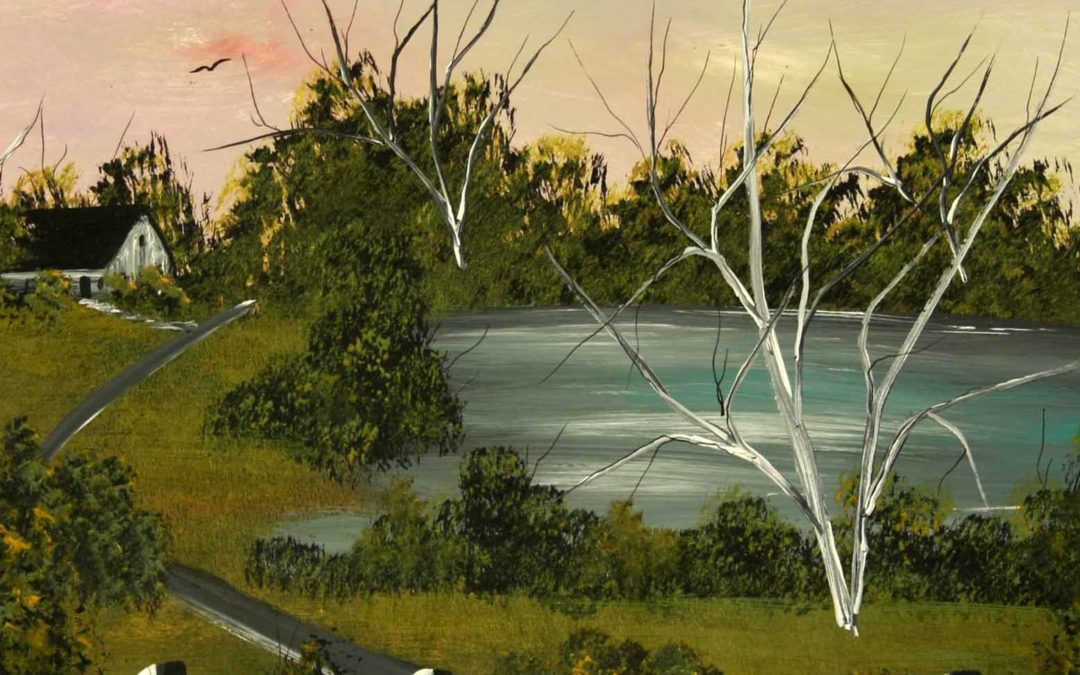 After two long years of suffering from a mystery condition affecting both of my hands. A biopsy revealed the name of the culprit.

Few in the outside world knew that even though I painted constantly, I was in extreme pain most days. My hands looked like raw hamburger, cracked, bleeding, blistered, itching, just unthinkable discomfort.

I tried over 42 different medications, creams, ointments, home remedies, and nothing cured the condition. Doctors guessed at what it might be, some sort of eczema they speculated.

A couple months ago the doctors prescribed steroid pills for five days…the day after I completed those, both arms broke out in a swollen, beet red, itching, painful condition that went on for 10 weeks. The doctor said I needed a steroid booster shot so I got that.

Then came time for the biopsy, the punch type that was not pleasant at all. I was asked during the procedure if I was on blood thinners, I said No, why? The doctor indicated there was a lot of blood. I looked down and saw the pool of blood he was referring to.

As he deposited the sample into the specimen cup for shipment to a outside hospital lab, he told me it would be four weeks, that if it is bad news he will call for me sooner.

Well yesterday I was summoned to the doctor’s office and he told me it is NOT cancer. Now I had not even thought it could be any kind of cancer, have never heard of anyone having cancer on their hands.

The doctor said the results show that I have SPONGIOTIC DERMATITIS. I have read about it after he gave me a printout and he has ordered some sort of steroid cream. It might arrive in a few days or weeks.

Unfortunately ODRC has adopted a policy where no matter what your condition, they only allow ONE TUBE PER YEAR of any medication. This is their cost saving measure across the State, in all Ohio prisons. And they do not allow friends on outside to send any medications inside the prison. Nor do they allow prisoners to pay for the medications here.

So my condition that has plagued me for two years, when I deplete the one tube they give me, in probably less than a month of prescribed dosage, then that means the other ELEVEN MONTHS of the year I must simply suffer. I asked the doctor about that, he said well just come back to see me.

ODRC seems to adopt practices that focus on cost only. Human life does not matter.

But now I know what I am dealing with. Hopefully, it will tap out and leave my body. I have enough issues with my cataracts that are fast moving. Getting medical attention in prison is not a simple task, nothing like things in the outside world. Yet another reason to NOT come to prison.

Hope this clarifies the condition to the few who knew. Wishing you all a safe journey.

I come in peace,

Domino Deeds is a unique way to participate in repaying kindness by utilizing the pay it forward initiative.